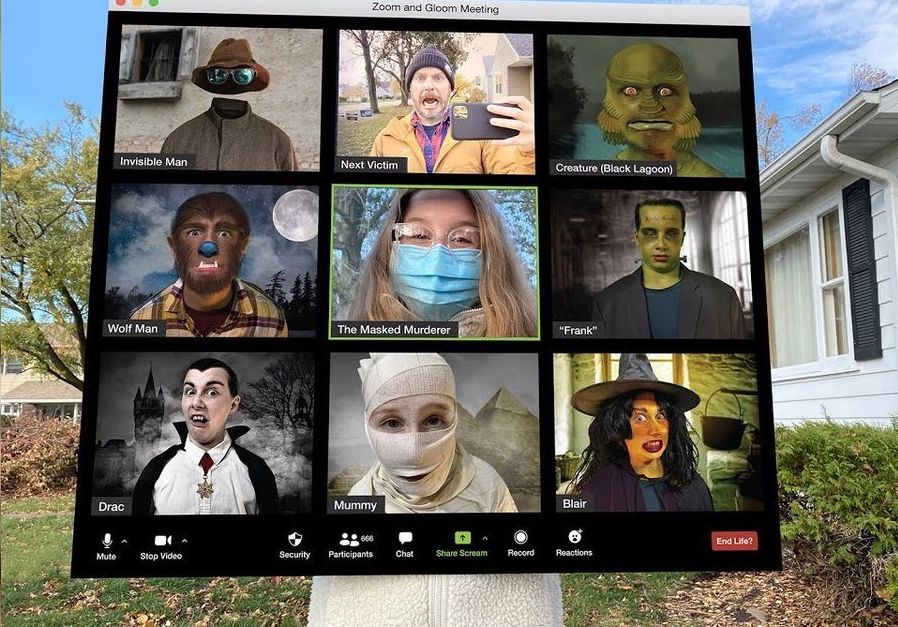 Something to do that's more fun, relaxing, and productive than doomscrolling. 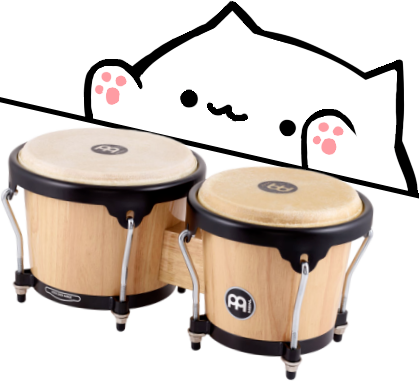 Ben Evans “It's a pure CSS Game! You Must Build a Lighthouse. First person to screenshot a lighthouse wins! Your time starts now: https://codepen.io/ivorjetski/pen/OJXbvdL” 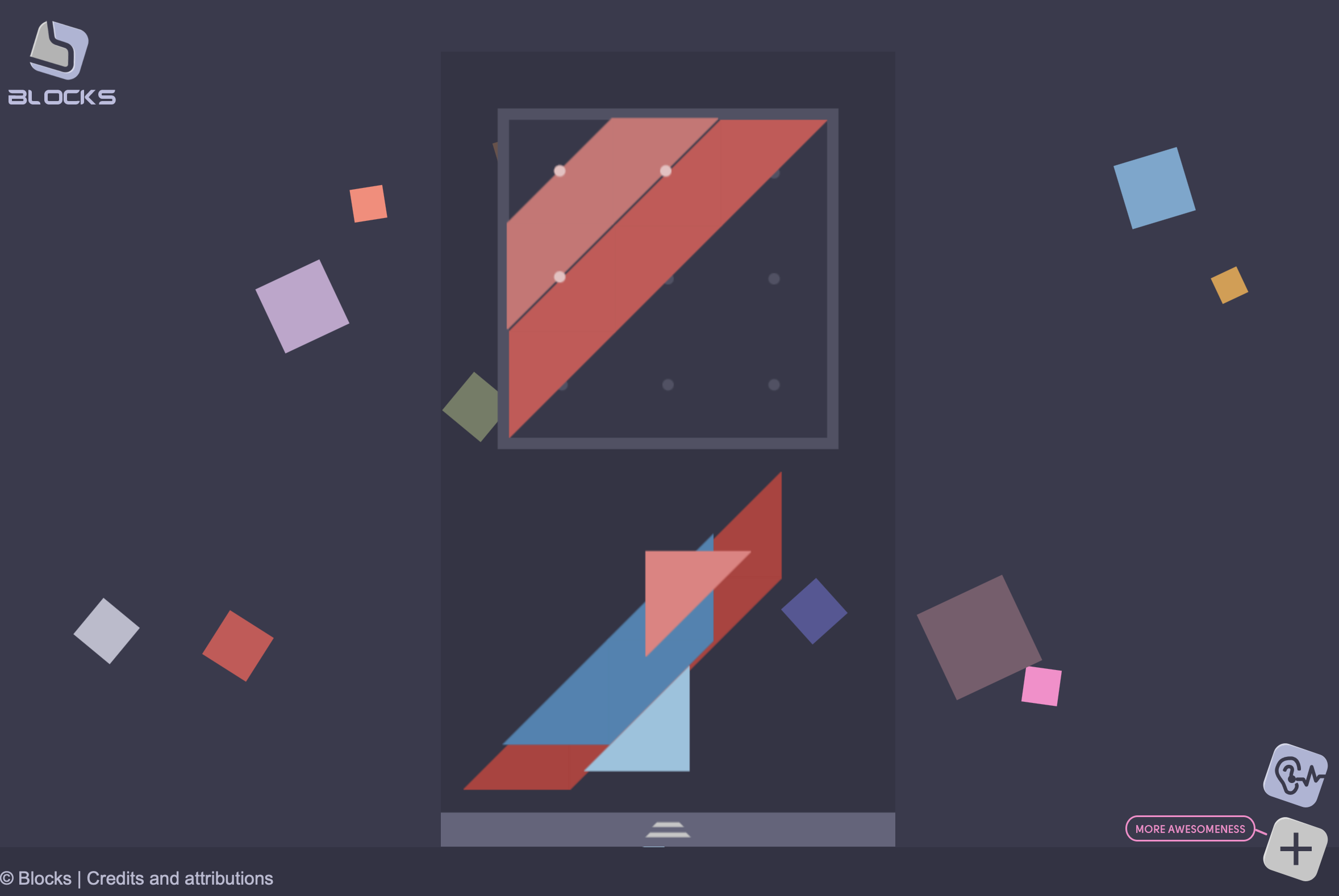 Why Life Can’t Be Simpler Assume the total complexity of a system is a constant. You decide how much of that complexity to expose to the user. What are the tradeoffs to be aware of?

The first lesson from Tesler’s law of the conservation of complexity is that how simple something looks is not a reflection of how simple it is to use. Removing controls can mean users need to learn complex sequences to use the same features—similar to how languages with fewer sounds have longer words. One way to conceptualize the movement of complexity is through the notion of trade-offs. If complexity is constant, then there are trade-offs depending on where that complexity is moved.

Type in the exact number of machines to proceed How adding a little friction to admin tools can save you from disastrous production issues.

Forget 'users' and focus on the 7 steps to make organizations 'memberful' I like this. Shift focus away from users to members:

Unlike “users,” members stay with you far beyond the lifecycle of a normal user experience, so it pays off to obsess over the “member experience.”

A designer at Amazon once told me that sometimes when designers argue for consistency over there, someone outside of Design will ask “do you want consistency just because it’s the designerly thing to do? Or is this actually benefitting users?”

A great question to always ask.

Next.js 10 Next.js is the most fun I’v had since I switched from Java to Ruby on Rails some 15 years ago*. It adds a ton of simplicity to web development**. Features make sense, things are where you expect them to be, and there’s just the right amount of magic. (It's not perfect, but so far I haven't run into any wall)

The 10 release adds built-in on-demand image optimization. It's a new React image component that handles everything behind the scenes. Also, a new analytics dashboard that measures real user experience (imagine all your users running Lighthouse).

Both work out of the box when you deploy your Next.js to Vercel (the service and company behind the framework). In a manner of speaking, Vercel is a better CI/CD tool that uses AWS CloudFront + Lambda, and comes with a subscription fee.

So right now, I'm getting a fantastic open-source framework, plus a pretty good CI/CD tool. I can deploy to any other platform, but so far Vercel got the job done, and with the new features, has the edge over Heroku.

* I curate Weekend Reading using an app I wrote, that is my first Next.js project. Also working on a more complex app, also using Next.js.

** e.g you don’t have to configure Webpack, it just works

I spent 48 Hours coding in Nova and forgot about VS Code Panic (of Coda, Transmit, and Untitled Goose Game fame) has a new code editor called Nova. Looks like a worthy alternative to VS Code. 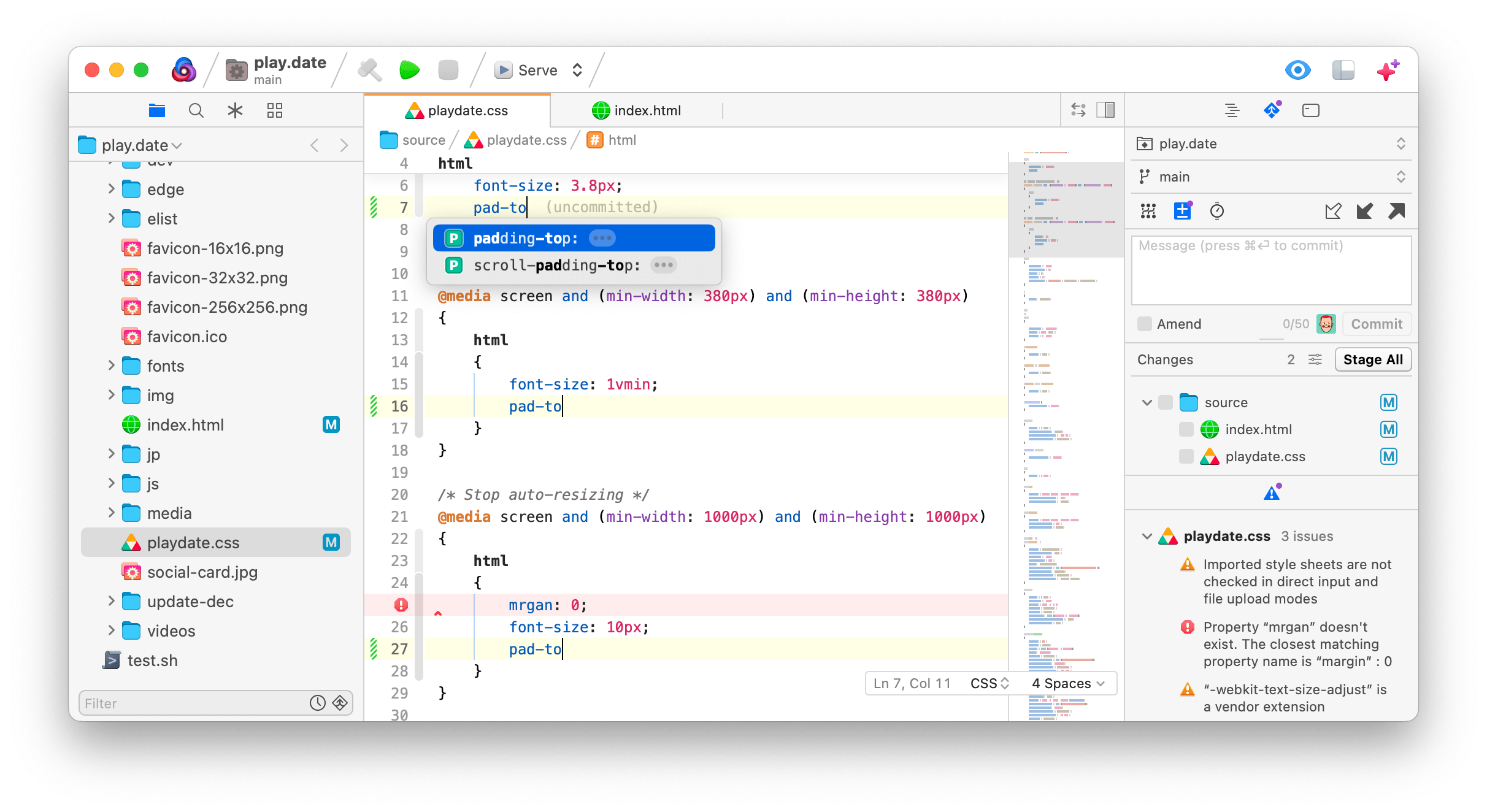 What’s new in Flow 2 I love this concept! They call it “Pencil Case”: use iPad + Pencil to draw, and iPhone (on the side) as your virtual pencil case.

Microsoft Clarity, the company’s tool for visualizing user experience, is out of beta Click and scroll heatmaps, individual session replay, rage clicks metric (*), and more. Going to give it a spin on a couple of properties (including this blog) to see how it works.

NotionMetrics You may already be using Notion as a collaborative dashboard (tasks list, calendar, Kanban board), so why not visualize your application metrics? 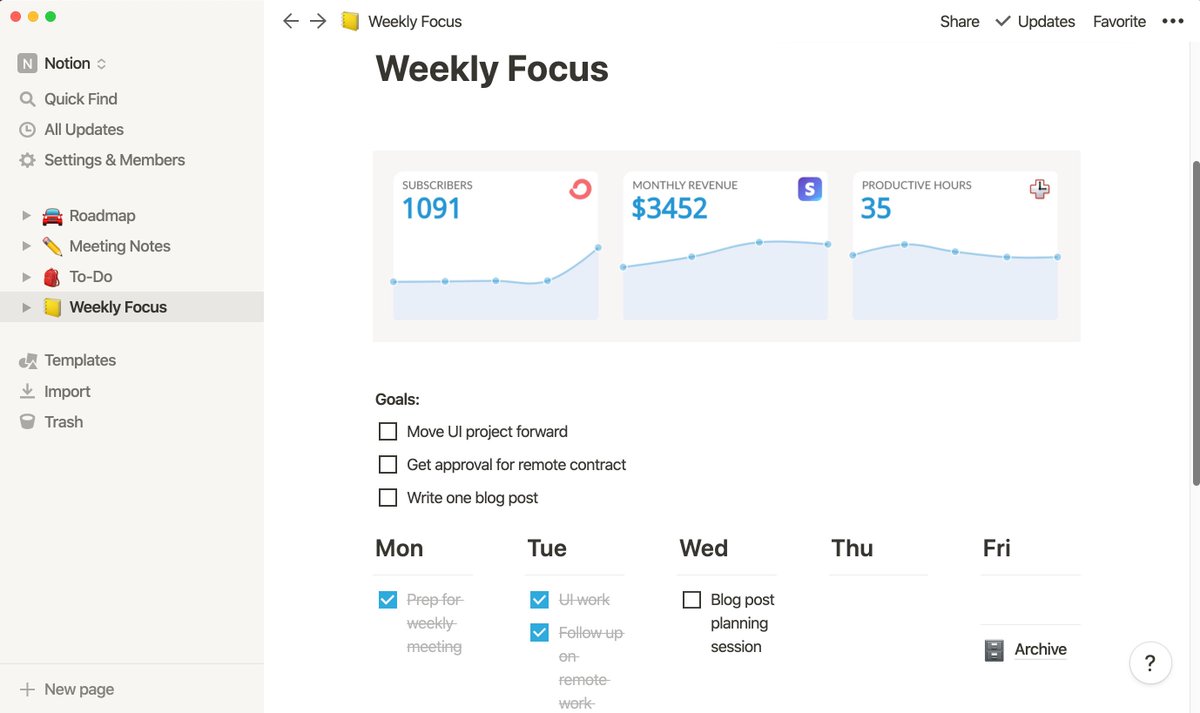 Assaf Yarn reminding me it’s Halloween and the dependencies are haunted!

Ryan Petrello “My coworkers would like to petition for a new @github code review feature for my PRs @jonrohan how do we make his happen.”

r/programming - How A Search Engine with 400 Million Records Literally Started From A Controller Class Test Method That’s a cool way to show software coming together:

Six years ago I started work on a public records project idea. After several days coding, I wondered for some reason how far back the undo history was on the IDE.

Surprisingly, it went all the way back to the beginning of the file.

I decided to replay the undo history and take a video of it thinking "this is pretty cool".

Route53 as a Database as a T-shirt I feel called out! I used Route53 as a production database, even rolled that architecture into a patent application. It has it’s downsides, of course. Yet when your workload is 99.9999% reads, DNS has some unbeatable features: it's super-reliable, multi-level caching, high availability, zero latency. Not only do you have a cache in every data center in the world, but the operational costs are exactly $0/month. 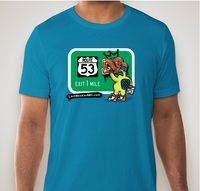 PolyScale | Serverless Edge Cache For Dynamic Data Related, PolyScale lets you deploy database cache closer to your users. It's a bit more expensive than DNS, but better in most other ways (SQL, GraphQL, etc).

Some 30 years ago, I worked at a startup that built a technology to distribute SQL databases. They made is possible to run a copy of the database closer to where the users were. Closer to user made a lot of difference for financial markets. A license would run you 6 figures and you'll need someone on-site to deploy and operate. Nowadays it’s “start free, click here to deploy”. We've come a long way!

The best leaders I've worked with do two things consistently:

The worst advice sometimes comes from people who are the most eager to help.

In their rush to give answers, they fail to ask enough questions to understand the dilemma.

Giving advice is like solving a puzzle: it's best to gather all the pieces before trying to put them together

Alcohol as a social technology to check the trustworthiness of others 🤔 As you can imagine, other social lubricants could work just as well (kava, cannabis, MDMA):

Not only is getting drunk pleasant, it also typically causes people to get along more freely and easily (at least to a certain point, after which the drunken fights break out). Intoxication enhances cooperation in at least two ways. First of all, it reduces social faking by inhibiting cognitive control centers. Second, if we all get drunk together, we create a situation of mutual vulnerability that makes trust easier to establish.

Disney’s Carousel of Progress & Facebook Oh yeah, there was s US Senate hearing about Section 230, with the CEOs of Google, Twitter, and Facebook. And it went as well as you’d expected:

The Senate’s “hearing” this week was a sh*tshow, with Senators Cruz and Blackburn swinging wildly and not landing a glove on the platforms. It was similar to watching our failed attempt to end the Iran hostage crisis … minus the dignity and heroism. This was an October surprise that didn’t even try to cover up how politically motivated the timing and flawed the mission. 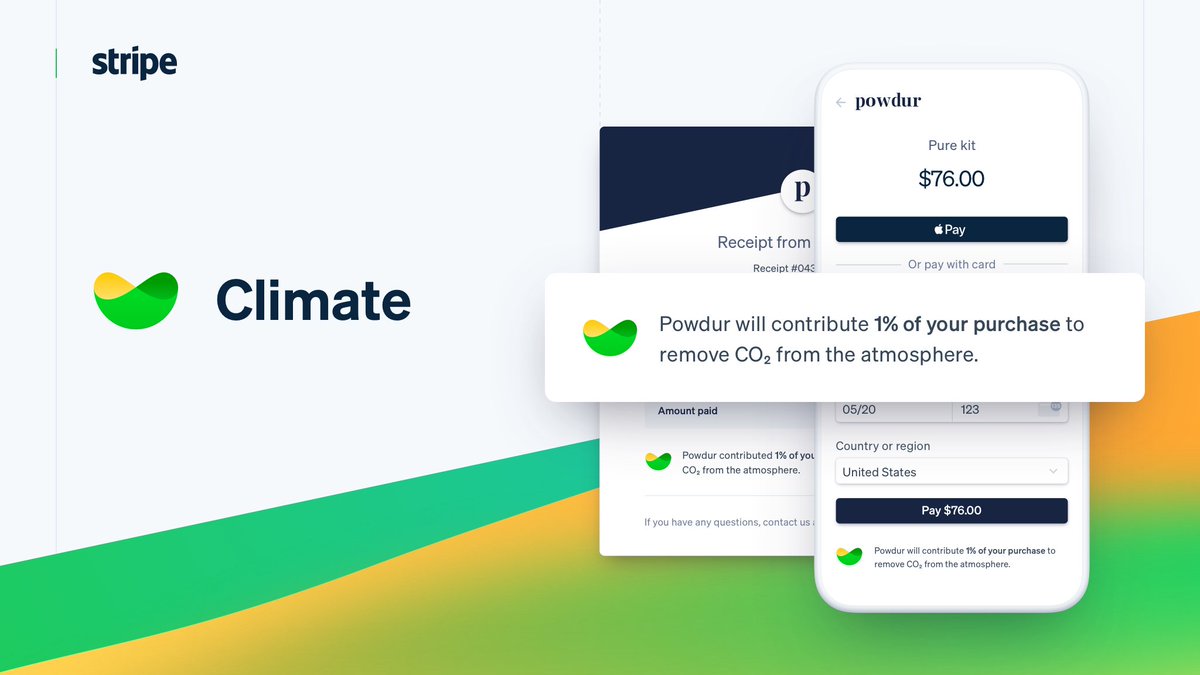 Spy agency ducks questions about ‘back doors’ in tech products There were “lessons learned”! This is just code word for “everybody told us it was a bad idea, but we’ll keep doing it anyway”:

In a previously unreported statement to members of Congress in July seen by Reuters, Juniper said an unnamed national government had converted the mechanism first created by the NSA. The NSA told Wyden staffers in 2018 that there was a “lessons learned” report about the Juniper incident and others, according to Wyden spokesman Keith Chu.

Jonty Wareing “Whoever registered the company name with valid XSS injection and caused @companieshouse to sent this email: I will buy you a drink” 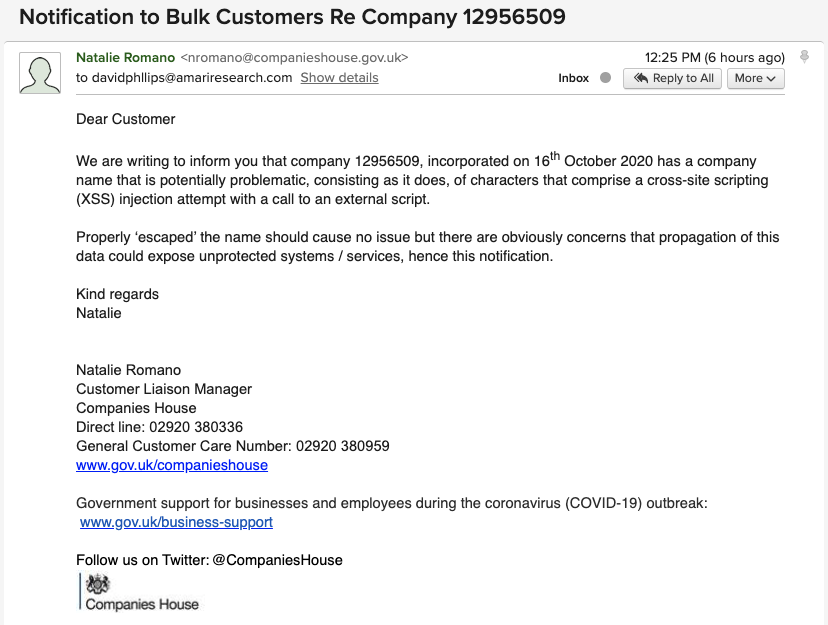 How Google Assistant Keeps up With Slang and the Baffling Aspects of Language TL;DR: train the model on top music charts. 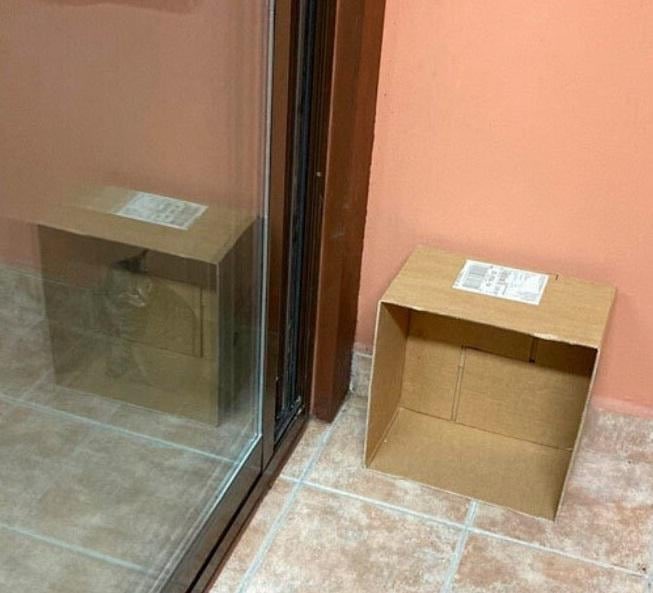 Dreadnought Holiday This is the funniest account about maritime accidents. And this time, what happens when a container ship brushes against a Reliant Robin minesweeper:

As a mine countermeasures vessel, Kallisto is mostly built out of fibreglass. The idea is to make it harder for magnetic mines to do their thing of exploding enthusiastically, but it does lead to certain deficiencies in the "not being cut in half by container ships" department. 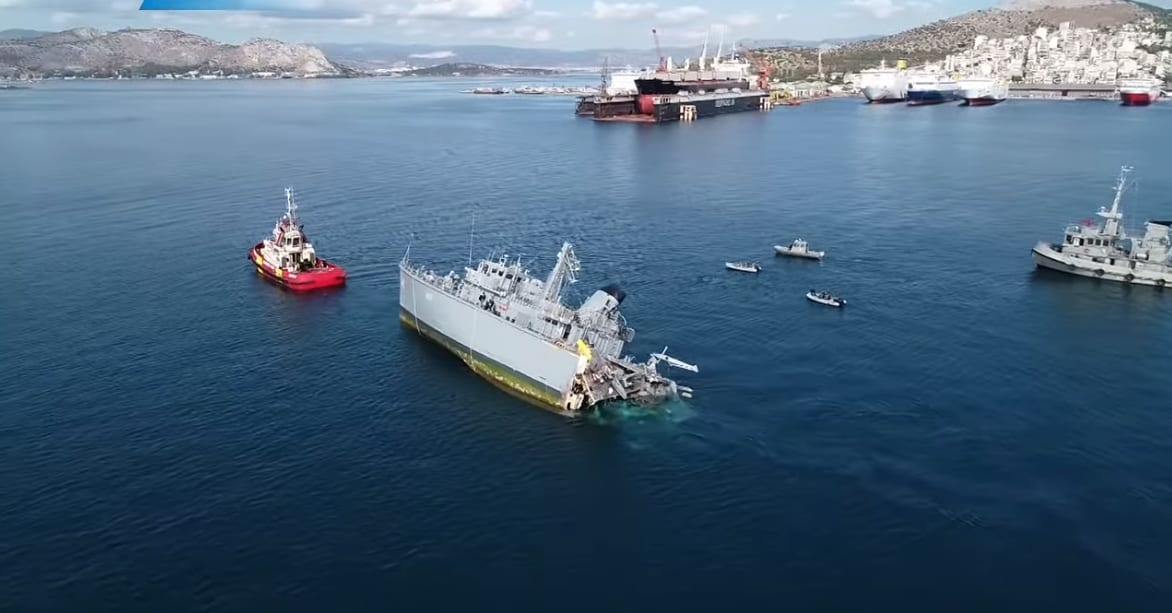 With ADHD I have exactly three types of work days:

David Teicher “Absolutely LOVE this from our school district superintendent.

Sure, we could do virtual classes on snow days now, but why would we take another thing away from the kids? 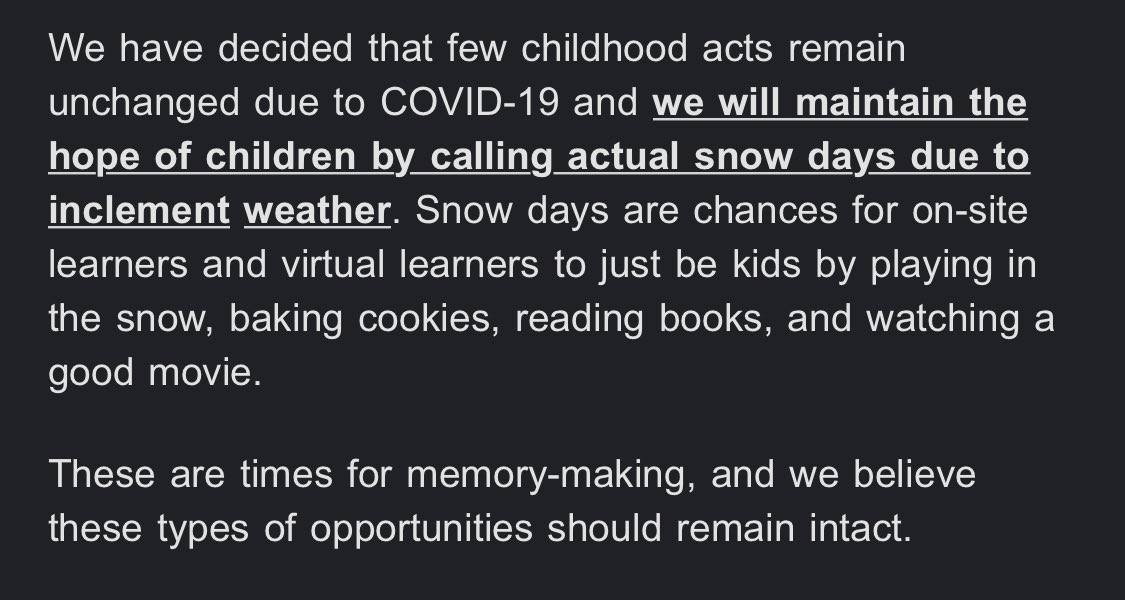 Crews vacuum ‘murder hornets’ out of Washington nest Remember the murder hornets? One of the writers of “2020: An Apocalypse” added them in the May episode. Then we didn't hear about them for four months. They're back! And S20E10 also features these cool new SciFi outfits! (thread: ferrisjabr) 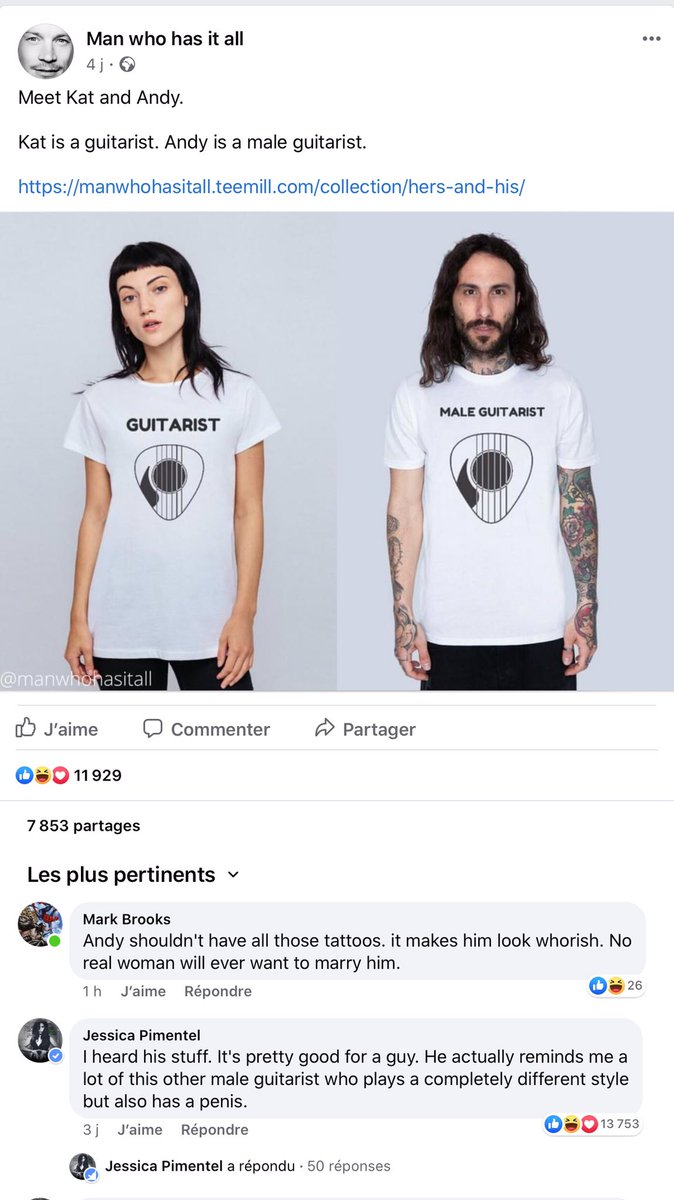 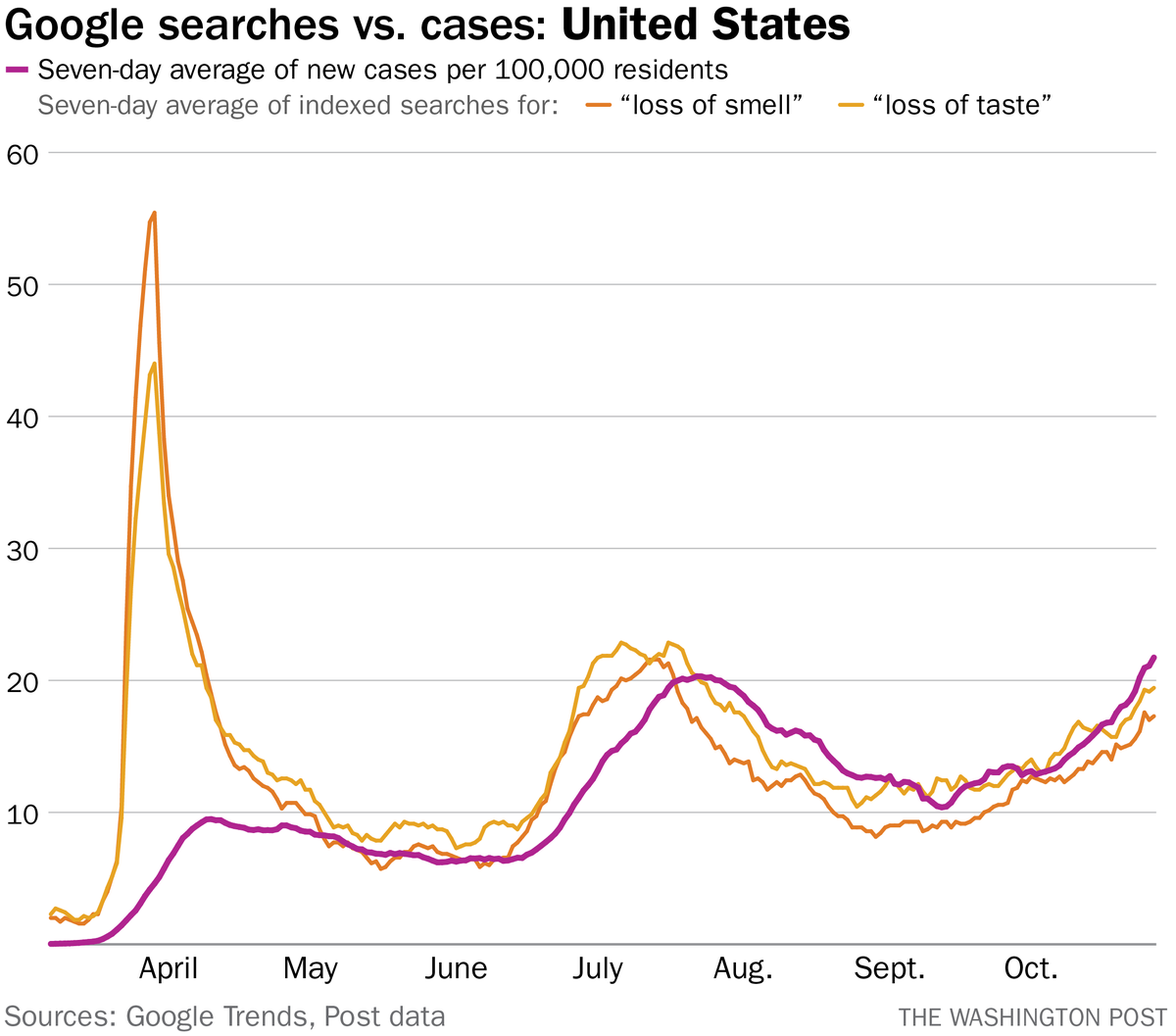 A room, a bar and a classroom: how the coronavirus is spread through the air The likelihood of COVID infection in three everyday scenarios, based on time spent there, and safety measures.

Tony Lin 👇 “Obsessed with Taiwan’s “down-to-earth” Halloween party, where you ONLY dress up as normal people in everyday situations. This is “the woman looking for a seat at food court”:” 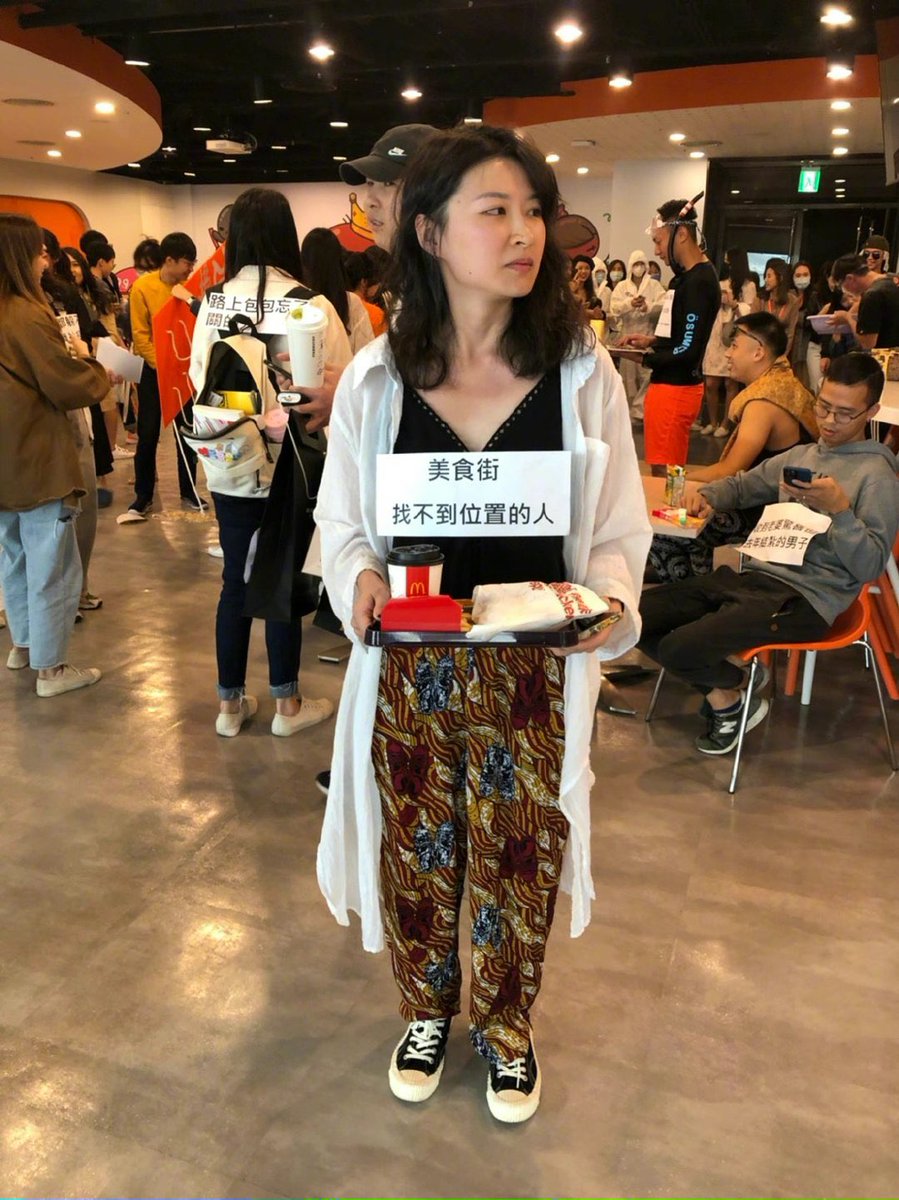