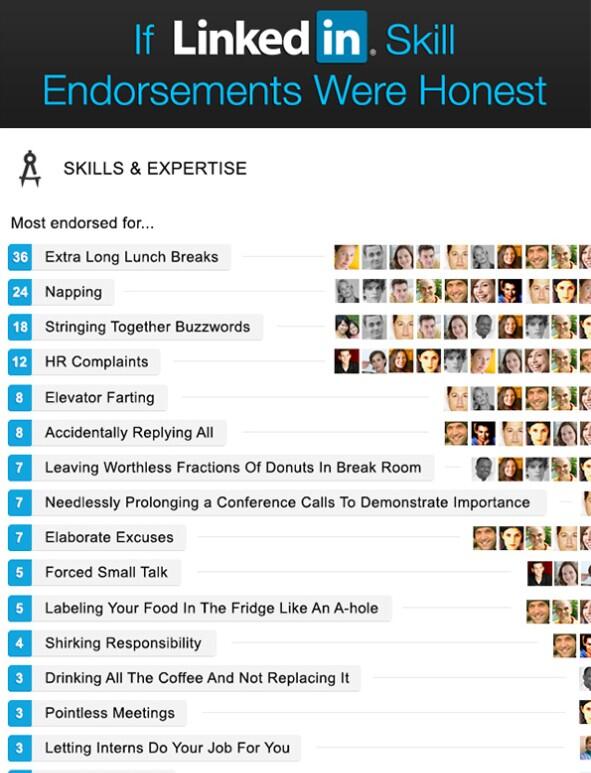 Kerning on the Web from which I learned that Chrome on Windows doesn't support kerning, and neither do Android 4.2 and 4.3 (but 4.1 and 4.4 are fine). So it's not always IE that's left behind.

Hemingway is an app that grades your text for readbility. It's great for editing copy for accessibility — the ability of people unlike you to read and understand it. Funny enough, Hemingway himself scores ok/bad.

Hike is a 1-day conference for new designers "with practical advice about professional development in the field of design." Affordable and the line-up looks amazing.

InstantClick is "a JavaScript library that dramatically speeds up your website, making navigation effectively instant in most cases."

akoenig/imacss transforms image files to data URIs and embeds them into a single CSS file. Alternative to using sprites.

typicode/katon will automatically start your Node based projects and serve them locally on .dev domains. A useful addon to pow.cx.

Gulp, Grunt, Whatever is a good read if you're still undecided. After the disaster that is Maven I avoid configuration-heavy tools, so no Grunt for me; and while Gulp is harder to get started with, it will teach you to be better at JavaScript.

npm recipes is a series of posts that showcase awesome modules found on npm. For example, check out the modules showcased in Create a Node.js app that consumes APIs & is composed of small modules.

Bitcore is a "complete, native interface to the Bitcoin network, and provides the core functionality needed to develop apps for bitcoin." So how about some Nodecoins?

9 Sketch Features You Should be Using

CSS source map support, network performance analysis & more – Firefox Developer Tools The developer tools in Firefox 29 (still Alpha) are almost as good as Chrome's. There are still gaps, but they're catching up fast.

New Charts, Features Join the Google Visualization API looks like Google Charts is not dead yet (Google seems undecided about the name.)

CORS Proxy allows javascript code on your site to access resources on other domains that would normally be blocked due to the same-origin policy.

Grafana is a Graphite dashboard that doesn't suck. Actually, it looks quite awesome.

TrueVault,Catalyze and HippoStack offer HIPPA compliant back-end as a service for your next health related startup. This is big deal: our sick healthcare industry needs some shaking up, and HIPPA compliance makes starting up harder.

Drone is a Continuous Integration platform built on Docker. Future generations will wonder how we did continous integration before lightweight containers.

HTML for email Community Group Yes, the W3C just formed a committe to tackle HTML email. Hopefully in 5~10 years, HTML email may not be so backwards, Microsoft is using a word processor to render emails.

The dashboards are too

But my shift just ended

Now oncall is you

If Twitter API was implemented via business correspondence. Hilarious.

Context Reports makes status reports relevant by adding "the reason why (and to a lesser extent how) you’re completing these actions":

It’s more for you, the person saddled with capturing status, but if you’re required to build these reports, why not make an exercise where you are taking the time to understand why you do what you do?

An Open Source Grant with a Difference is something I wanted to do, but couldn't get the budget for: let our developers tip the open source community. I hope this catches up and becomes a trend.

Mark McBride describes every buggy slow-moving project I've been on:

them: is that written down?

me: we communicate in the viking tradition. Let me tell you the saga of that system.

Manual Viable Product is this week's most awesome service. Build a static page, add one line of JS, and it will email you any time a user fills a form or clicks a button, so you can handle the request manually. It's remarkable not because of what (little) it does, but how it helps you build a better product by doing less!

The Graph That Changed Me – how do you know when it's time to leave for a better company?

My employer clearly had two options: “do the right thing” or “be profitable”. That was the position they had maneuvered themselves into through a series of bad management decisions.

sweet-units.sjs is a sweet.js macro that adds units to JS syntax, like:

3 New LESS CSS Features You Should Know taught me how to &:extend() and that you can merge properties, as in box-shadow+: inset 10px 10px 5px #ccc;. On to better stylesheets!

The idea is generalizing a service so it fits in the kernel comes at a high performance cost. So move TCP into user space. The result is a web server with ~3.5x the throughput of Nginx "while experiencing low CPU utilization, linear scaling on multicore systems, and saturating current NIC hardware."

ES6 One Liners to Show Off: impress your friends and get laid with these ES6 one-liners.

LESS: lighten(color, %) or darken(color, %) may be the best thing to happen to my color spec since I realized I was color-blind. #colorblind

How To Write Unmaintainable Code is crazy long, but so are the ingenious ways developers guarantee their job security:

If possible, put each class declaration in a separate file. This has the added effect of bloating your INCLUDE or USES statements, and forces the maintainer to open that many more files in his or her editor. Make sure you create at least one instance of each subclass.

How many software developers would it take to change a lightbulb?:

1 fucking rockstar to tell the guy looking on Github that they all suck and he’ll write a better one this evening when he’s dosed up on Red Bull.

Fly6 Cycling Accessory is a combo bicycle tail-light and HD camera. You may not see the bad driver coming from behing, but you can catch them on microSD.

Have We Met? Prosopagnosia (face blindness) is a real thing, affecting 1 in 50. So if people seem to not recognize you, don't take it personally.

Rails OO views. Whatever. But these 8-bit adventute slides are the awesome!

Facebook Fraud I don't know about the fraud part (implies intent), but think twice before using Facebook ads: you will get swamped by likes from click-farms, and these fake likes will make your page perform worse.

Our Internet Empathy Problem. Yes, we're collosal jerks online, and it's not just politics, sexism and race: look at Flappy Bird and the death threats that followed.

Oakland’s first Startup Weekend focuses on black male achievement So this is happening in Oakland. Also check out Impact Hub.

What’s the craziest shit that happened to you on a production system?

A checklist of stupid things men will say when they find out I only retweet women Pretty much what you'd expect.

Are Expensive Batteries Worth the Extra Cost? in which we find out they're not that expensive (given how long they last), and you don't have to replace them as often. Also, always buy in bulk.

Protect yourself in 10 minutes with your own private VPN All you need is a DigitalOcean/Rackspace account, add your client ID and this page will set you up with your very own VPN (or just run their open-sourced script yourself.)

For every social problem, there’ll soon be an opportunity for bright young hackers to get together […] and feel good about looking at JSON files.

WorldJS: History Simulation is a fun simulation of world history, based on A Brief History of Humankind.